It comes with ease to say that Aerin Frankel has earned her place in the world of women’s hockey. After leading Northeastern to its first NCAA championship game, Frankel has more than proven her outstanding abilities between the pipes.

“It’s an honor, and I think it’s really cool that I can be amongst a small group of recipients, let alone goalies as well, to be able to have the award in their name,” Frankel stated. “It’s even more special just learning about the person and player that Patty Kazmaier was, and it means a lot to me and the program as well. I have so many people to thank for helping me get to where I am.”

The 2016 Patty Kazmaier Memorial Award winner and Northeastern alum, Kendall Coyne Schofield, knows the kind of player and person it takes to receive this honor, as well as the strong program her alma mater has to produce such athletes. Likewise, Coyne Schofield never forgets to remember all the people it takes to help develop a Patty Kazmaier Memorial Award recipient.

“It is an honor to be able to join a special group of players. Together, we have the honor of carrying on the legacy of Patty Kazmaier through our actions on and off the ice,” Coyne Schofield explained. “While a winner is named every year, it is important to look back on all of the individual winners and realize how special of a team they were on because while this may be an individual award, it is not possible without all of the teammates we have played alongside.”

With her coaches and teammates behind her every step of the way, Frankel’s confidence to reach her goals this season grew from week to week. From day one, she put it on her shoulders to help her team reach their full potential and success.

“My goals were obviously to put my team in the best position to win a national championship, and I think I did that. Just going to the rink every day and giving them the best chance to win every game. I think I was able to find consistency to my game which is important to me and has been a goal of mine for a while,” Frankel said.

With a year that began with uncertainties around playing during the 2020-21 season, Frankel and her fellow Huskies held on to the hopes of getting to step out on the ice for a chance to compete in the national tournament.

When the final decision was made to play, she and her Northeastern teammates decided they would not take a single moment for granted and would put everything they had into this season.

“We were all so grateful to get the opportunity to play and compete for the National Championship this year. We were able to play 25 games this season, which if you had told me that last summer, I would have said no way,” Frankel explained. “Our school does such a great job of keeping us safe and allowing us to compete, which was important to all of us. We just made the most of this season.”

Frankel credits being able to play the sport she loves every single day to the endless sacrifices made and support given by all those who surround her, from her parents to coaches and teammates. Without them alongside her, the amazing journey she has been on throughout her career would not have been possible.

“I’ve had such a great support system. It started at such a young age, with my parents always being super supportive of me. The resources at Shattuck St Mary’s, where I played were just incredible, and having Coach Stafford and my teammates made me even better,” Frankel stated. “At Northeastern, my teammates are basically family at this point. We just have a really great team culture. Everyone holds each other accountable and is willing to do anything for one another. I’ve been very fortunate to have such great people in my life that have helped me be successful.” 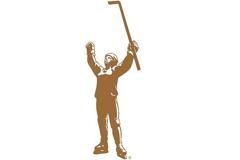