WALLINGFORD, Conn. - Jamie Lee Rattray (Kanata, Ont.), a senior forward at Clarkson University, was awarded the 2014 Patty Kazmaier Memorial Award today at the Oakdale Theatre in Wallingford, Conn. The award, in its 17th year, is presented annually to the top player in NCAA Division I women's ice hockey.

Rattray was named the winner of the award during the Patty Kazmaier Memorial Award Ceremony and Brunch, as part of the NCAA Women's Frozen Four weekend hosted by Quinnipiac University. She was chosen for the honor from a group of three finalists, including Hannah Brandt (Vadnais Heights, Minn./University of Minnesota) and Jillian Saulnier (Halifax, Nova Scotia/Cornell University).

"Jamie Lee is the definition of hard work paying off," said Matt Desrosiers, co-head coach of Clarkson University. "The energy she brings to every practice and game is unmatched and is infectious to the rest of her team. She embodies everything the Patty Kazmaier Memorial Award represents; a top performer in the country, competitiveness, performance in the clutch, personal character, and most importantly a true passion and love for the game of hockey." 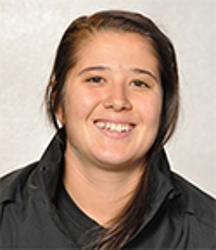 Amidst a record-setting senior campaign, Rattray sits at or near the top of the national leader board in many offensive statistical categories.

The Eastern Collegiate Athletic Conference Player of the Year and First-Team All-ECAC selection, Rattray was a three-time ECAC Player of the Month (November, December, January), three-time ECAC Player of the Week and five-time member of the ECAC Weekly Honor Roll. The senior forward helped Clarkson University win the ECAC regular-season title, earn the No. 1 seed in the ECAC tournament and secure a spot in the NCAA Women's Frozen Four championship game. Additionally, her on-ice leadership helped Clarkson set the school-record for wins in a single season with 30.

Rattray currently ranks second in the NCAA in both points (64) and goals (28), including a nation-leading nine power-play markers. She has recorded 20 multi-point games in Clarkson's 40 outings to date, including two five-points showings (Nov. 22, 2013 vs. Princeton University and Jan. 31, 2014 vs. Union College). Additionally, Rattray has set Clarkson’s single-season records for goals, assists and points, as well as the school’s career records in both goals and points.

Away from the rink, Rattray has been active in the Clarkson women’s hockey team’s participation with the Lil’ Knight Club, which volunteers with youth hockey players in the area. She also helped paint the Helping Hands building in Potsdam, N.Y., and has assisted in fundraising for the Dalton Guyette Memorial Award, which is given annually to provide opportunities to less fortunate children near Clarkson’s campus.