Patty Kazmaier Was a Force on the Ice, Gentle Soul Off It 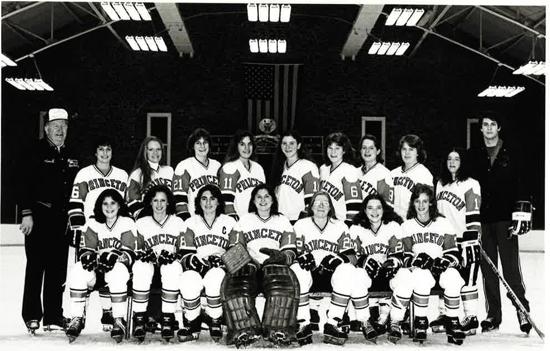 In Patty Kazmaier’s four seasons at Princeton University, she helped the Tigers win three straight Ivy League women’s hockey championships. In her final season of 1985-86, she was selected the most valuable player for both her team and league.

But that assortment of facts doesn’t begin to tell the story of Kazmaier, a terrific athlete, student and person who died at the age of 28 in 1990 as the result of a rare blood disease.

On the ice, she was a rugged defenseman, always ready to fight for position or battle for a loose puck.

“If you had a collision with Patty, she was probably going to be the one standing,” says Laura Halldorson, a friend and teammate of Kazmaier’s for three seasons at Princeton.

Halldorson, who went on to coach the University of Minnesota to three national championships, recalls Kazmaier as a strong skater with quick hands and a good slap shot who “could move people out from in the front of the net.”

Off the ice, Kazmaier was a gentle soul.

“She was really a kind person and soft-spoken,” Halldorson said. “There was a real dichotomy between her on-ice and her off-ice persona. She had this gentle spirit about her off the ice.”

Patty’s sister, Susan Kazmaier, once called her “a natural Earth Mother” who had a “creative, passionate spirit.”

Today, Kazmaier’s name is a symbol of excellence in her sport.

Since 1998, the Patty Kazmaier Memorial Award, established by the USA Hockey Foundation, has been given annually to the top player in women’s college hockey. The winner must be an excellent player, but must also display the strong character Kazmaier showed over her too short life.

On March 21, the award will be given to one of three finalists — Hannah Brandt of Minnesota, Alex Carpenter of Boston College and Marie-Philip Poulin of Boston University — on Frozen Four Weekend at the University of Minnesota.

“Making the World a Better Place”

Patty Kazmaier was one of the six daughters of former Heisman Trophy winner Dick Kazmaier and his wife, Patricia. Patty and sister Kathy took up hockey at an early age, after playing street hockey in their neighborhood.

Kathy Donnelly, who was 11 months older than her sister and went on to be a goaltender for the University of New Hampshire, recalls that Patty played with the boys’ team at Middlesex School in Concord, Mass., and excelled.

“She was so strong, actually, she probably got a lot of penalties when, for her, it meant nothing, it wasn’t a big gesture or intended, but she ended up in the penalty box a lot,” Donnelly said. “In fact, that’s what my dad called her. He called her ‘Penalty Box’ and me ‘Red Light.’ ”

At the time, New Hampshire was the top team in the nation, and Kathy recalls playing against Princeton and Patty twice — both victories for New Hampshire. She says her father had a photo in his office of Patty taking a shot on Kathy.

“He would always tease me that … she scored on me,” says Kathy, laughing. “But she never did.”

Though her sister has been gone for 25 years, Kathy says her loss remains painful for her. She recalls Patty as a beautiful, adventurous woman who was tolerant of others, loved animals, was smart and believed in right and wrong and “stuck to her guns.” Also, she was intent on blazing her own path.

After three years at Princeton, for instance, Patty took a year off to experience new things.

“She traveled, worked in Alaska,” Kathy said. “That was where she met [her eventual husband] Mark [Sandt], and the two of them went to Hawaii and they lived in a shack and picked coffee beans. … She did some things that other people would never do in their lifetime. It was nice that she fit them in before her passing.”

Patty died in 1990, just months after giving birth to her daughter, Serena.

Though hockey was a game Patty loved, Kathy believes having a trophy in her name likely wouldn’t have impressed her.

“As passionate as she was about the game, that wouldn’t have been important to her,” Kathy said. “She would appreciate the honor but what would be important to Patty is treating people fairly and being kind and just making the world a better place. I think she would have done that, definitely, if she had lived.”

Dick Kazmaier, who died in 2013, was a strong advocate for women’s sports. The former Princeton single-wing tailback was instrumental in the creation of the Patty Kazmaier Memorial Award, and Halldorson says he made it a point when he was in good health to attend the annual awards ceremony, meet the finalists and share stories of his daughter.

“He was very proud of the whole thing,” she said.

Back in 2011, Dick Kazmaier said he was glad that her name always will be linked to women’s college hockey.

“She was a fantastic hockey player, and the award epitomizes the kind of dedication she had for the game,” he said. “You can see that in the women that have won the award.”

Halldorson, who’s been to every Patty Kazmaier Award ceremony and represents the family when members are unable to attend, also is grateful her former teammate continues to be remembered.

“I was definitely excited that through this award, Patty is being honored and her father was associated with it, because that’s what he wanted,” she said. “He wanted her name and her legacy to live on, and he was very proud of her.

“This is a way to really keep her legacy alive.” 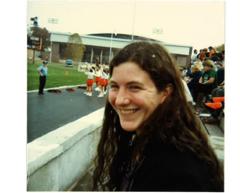