Desbiens, Mercer and Stalder Up for 20th Patty Kaz Award

The 2017 Patty Kazmaier Memorial Award finalists have plenty of highlight-reel goals and saves to go around. Prepare for this weekend's ceremony with some of their best moments in the videos below.

Ann-Renee Desbiens is a top-three Patty Kazmaier Memorial Award finalist for the second-straight year after leading the nation in save percentage (.962), goals-against average (0.71), shutouts (15) and wins (27) heading into the NCAA tournament.

Named to the All-WCHA First Team for the second-consecutive season, Desbiens set the NCAA record for most career shutouts in both men's and women's college hockey with 44 on Nov. 6, 2016, and has earned 12 more and is currently at 56 in her career.

Desbiens topped conference goaltenders with a .963 save percentage, 21 wins and 13 shutouts in 26 WCHA contests.

The Clarkson co-captain has recorded a point in 33 of 39 games in 2016-17, including six multi-goal efforts and 19 multi-point contests.

Stalder was named Western Collegiate Hockey Association Player of the Year and Student-Athlete of the Year, along with being a WCHA First-Team selection. She finished second in the WCHA with 39 points in league play while pacing the conference in goals (18), shots (142), and plus/minus (+36) in 26 WCHA contests.

She also helped lead the Bulldogs to 19 conference wins, the program's most since the 2009-10 campaign, by scoring a league-high six game-winning markers while assisting on nine others.

The 2017 Patty Kazmaier Memorial Award will be presented at a brunch ceremony at the Foundry Art Centre in St. Charles, Missouri, on Sat., March 18, at 9:30 a.m. as part of the NCAA Women's Frozen Four weekend hosted by Lindenwood University. The award, which is in its 20th year, is presented annually to the top player in NCAA Division I women's ice hockey.

The selection process commenced in early February when NCAA Division I women's ice hockey coaches were asked to nominate players for the award. Players who were nominated by multiple coaches were then placed on an official ballot, which was sent back to the coaches to vote for the top-10 finalists.

The three finalists, including the recipient of the 2017 Patty Kazmaier Memorial Award, were then chosen by a 13-person selection committee made up of NCAA Division I women's ice hockey coaches, representatives of print and broadcast media, an at-large member and a representative of USA Hockey, the national governing body for the sport of ice hockey in the United States. The independent accounting firm PricewaterhouseCoopers, LLP, tabulated the ballots. 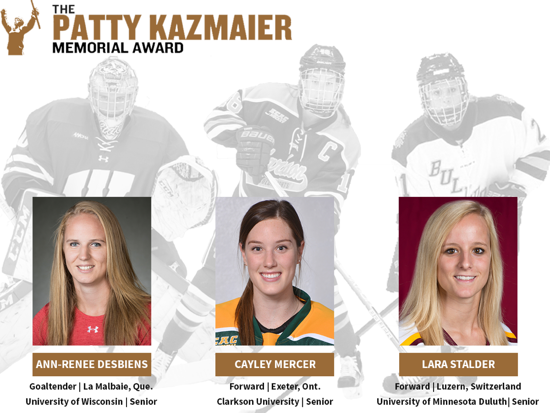 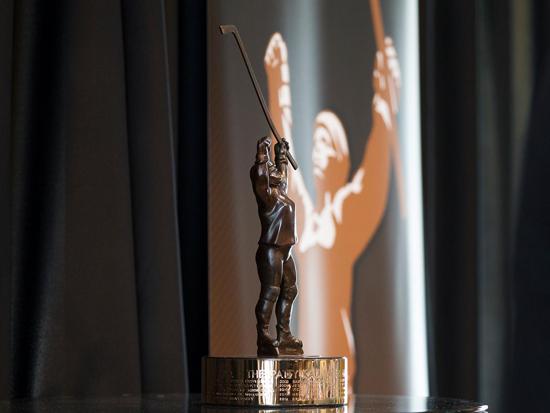