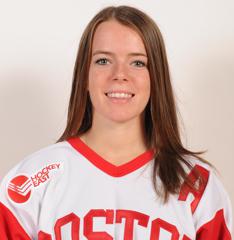 Leads the NCAA in goals per game (1.20) and shots on goal per game (6.63) … Second in the country with 36 goals and third in the nation with 61 points … Selected as the National Player of the Month for November …  Named Hockey East Player of the Month for November and January … Three-time Hockey East Player of the Week and three-time NCAA Three Stars selection … Set new program records for goals (101) and points (192) … Leads nation in even-strength goals (29), road goals (21) and goals away from home (28) … First in NCAA with four hat tricks and two four-goal efforts … Has recorded 10 multi-goal games … Has factored on 58.6 percent of the team’s goals … Volunteered with the athletic department’s Holiday Reading Program as well as the team’s initiatives with Do It For Daron and Skating Strides against Breast Cancer…Majoring in advertising from the College of Communication with a Deaf Studies Minor and 3.08 GPA. 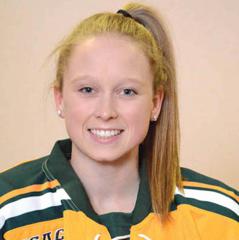 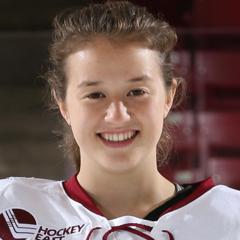 Patty Kazmaier represented the spirit, character and on- and off-ice excellence upon which The USA Hockey Foundation national women’s ice hockey award is based. A gifted scholar-athlete, Patty battled a rare blood disease for more than a year before passing away in 1990 at the age of 28. A loving mother and wife, she left behind her husband, Mark J. Sandt and an infant daughter, Serena.

Athletic excellence ran in the Kazmaier family, as her sister, Kathy, played college ice hockey at the University of New Hampshire and her father, Dick Kazmaier, a graduate of Princeton University, won the Heisman Trophy in 1951, beating out Pro Football Hall of Famer Frank Gifford.

Patty continued her father’s athletic and academic excellence at Princeton. A four-year varsity ice hockey letter-winner, Patty anchored the Princeton defense and led the Tigers to the Ivy League Championship in three consecutive seasons (1981-82 through 1983-84), while earning multiple league honors.

A truly exceptional individual, Patty Kazmaier’s achievements in life and in sport will serve as an inspiration for all women who play ice hockey now and in the future. 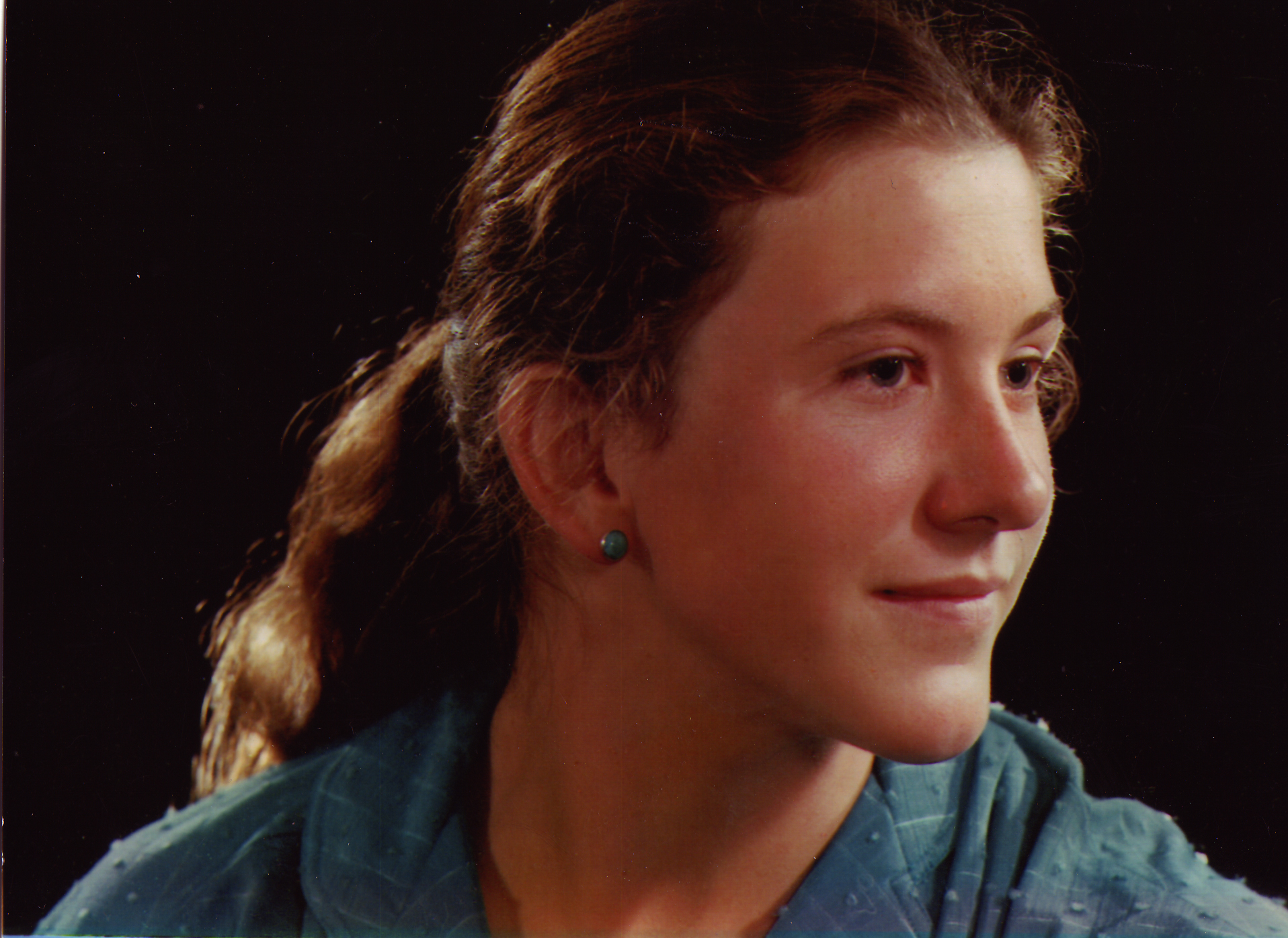 The 2018 Patty Kazmaier Memorial Award will be presented at a brunch ceremony at McNamara Alumni Center in Minneapolis, Minnesota, on Saturday, March 17, as part of the NCAA Women's Frozen Four weekend hosted by the University of Minnesota..

The three finalists, including the recipient of the 2018 Patty Kazmaier Memorial Award, were then chosen by a 13-person selection committee made up of NCAA Division I women's ice hockey coaches, representatives of print and broadcast media, an at-large member and representative of USA Hockey, the national governing body for the sport of ice hockey in the United States.

Notes:Tickets to the 2018 Patty Kazmaier Memorial Award Ceremony and Brunch can be purchased at PattyKaz.com. Individual seats to the event are $65, while tables of 10 are available for $600. A select number of sponsorships and program advertisements are also available. The NHL Foundation is a Diamond Partner of the 2018 Patty Kazmaier Memorial Award.